Add to Cart Add to Lightbox

The Snow Wave was photographed while I was a heli-ski guide in Bridgeport, Ca. It was shot on the top of Eagle Peak at 12,000 feet. The winter of 79-80 was a good one and we received up to 4 feet of new snow in the previous 24 hours. The wind on the ridges was gusting at 30 mph and the temperature was about 35 below zero. We landed the helicopter, exited with the group for the first run of the day. Across the ridge top there were about a dozen of these formations, this one being the most pronounced. The combination of the wind, temperature, and new snow were the factors that led to their form. It was about 4 feet tall and very hard to the touch. When we returned an hour later for another run the waves were completely gone, knocked down by the wind. It was a classic example of being in the right place at the right time!! The photo was published in both Surfer & Powder Magazines. 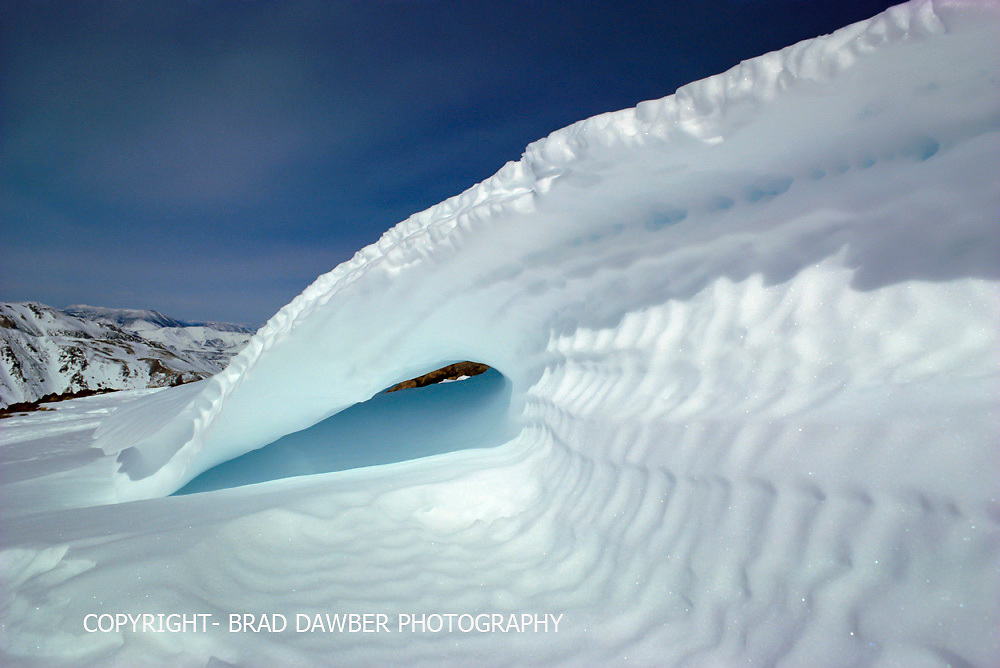